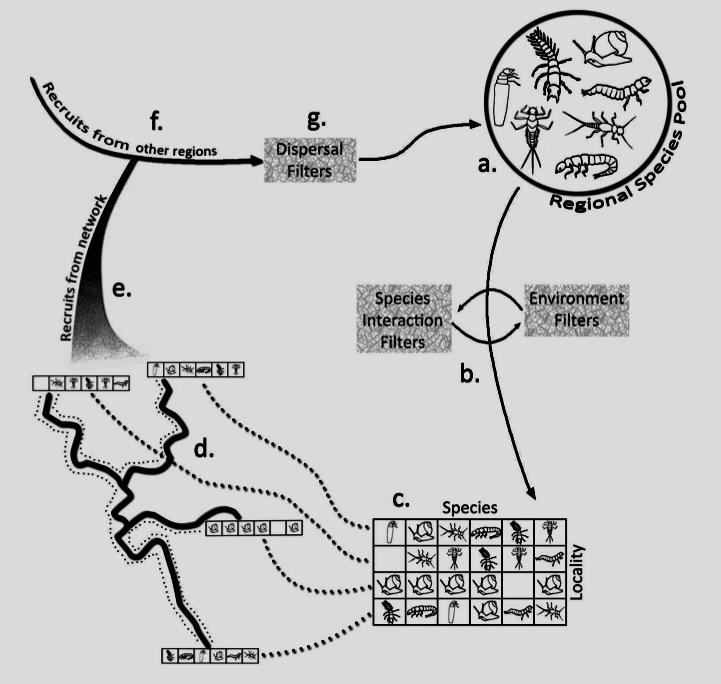 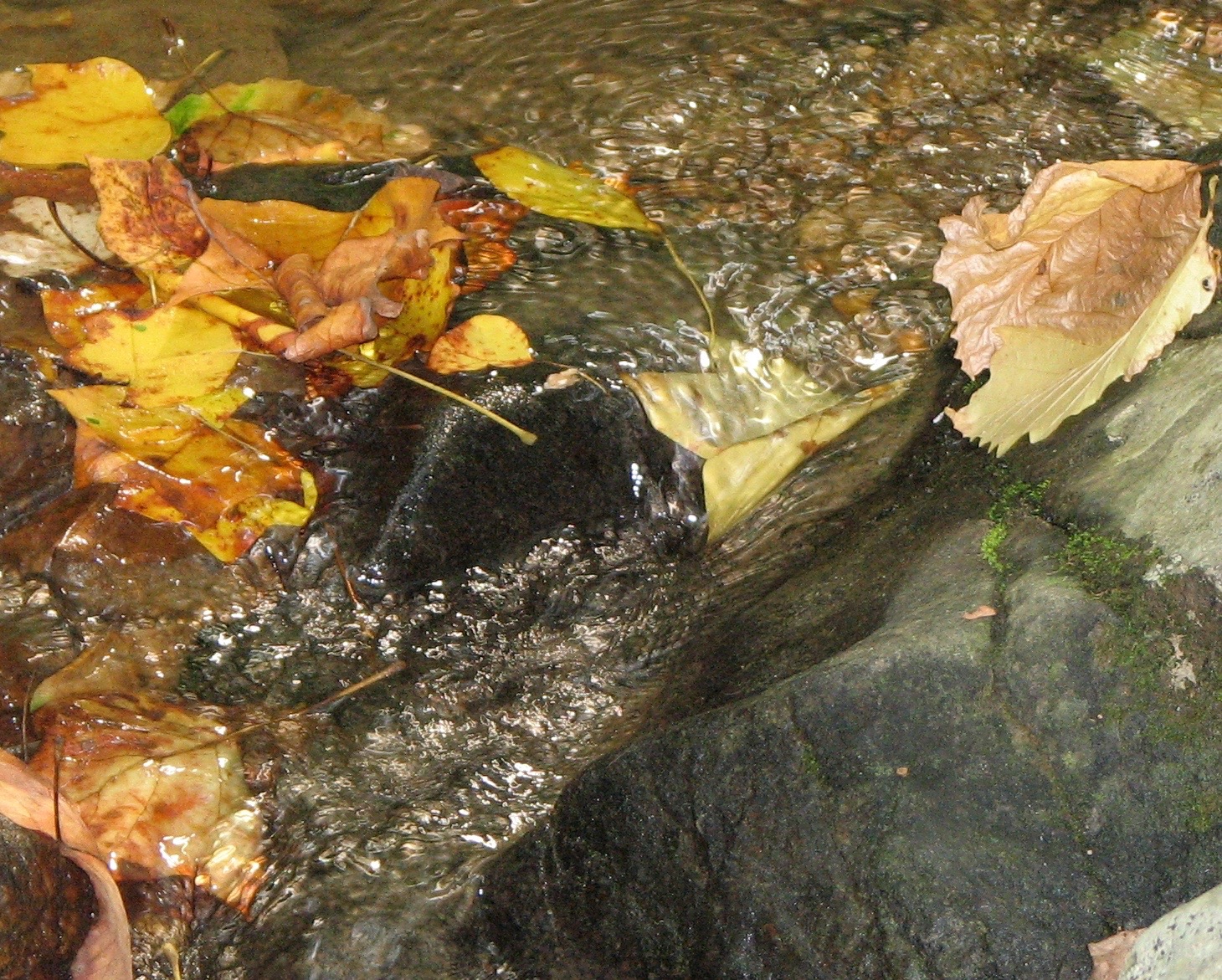 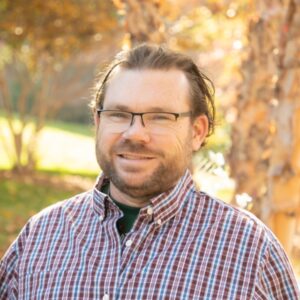 Our research program takes a broad approach to understanding how biodiversity is organized in
both natural and built ecosystems.

Biodiversity is generally defined as the number and variety of organisms found within a specified geographic region. It is a multi-scale phenomena, with regional-scale patterns comprised of local assemblage structure and inter-habitat compositional turnover.

Biodiversity in River Networks. Riverine ecosystems are a common feature on the landscape, and present a challenge to the contemporary model of what maintains biodiversity at multiple scales (i.e., metacommunity) because:

With the metacommunity framework in mind, we I have uncovered, repeatedly, that biodiversity patterns are shaped by different assembly mechanisms at different locations in the river network. We used a macroecological approach to identify this pattern first, then followed with in-stream experiments, surveys, and flume experiments to test this idea. To date, results corroborate original hypothesis of increased dispersal-driven community assembly in well-connected sections of networks and increased environmental influence in isolated sections.

Riparian Species Loss and Ecosystem Functioning in Streams. We maintain a keen interest in understanding how species loss in detritus-based ecosystems has consequences for carbon processing, which in turn, has consequences for water quality. Loss of tree species translates into loss of leaf litter species, with implications for important ecosystem processes, namely carbon mineralization. This is important in small, forested streams where the majority of energy is derived from streamside vegetation. I have published extensively on the subject, both in basic and applied contexts.